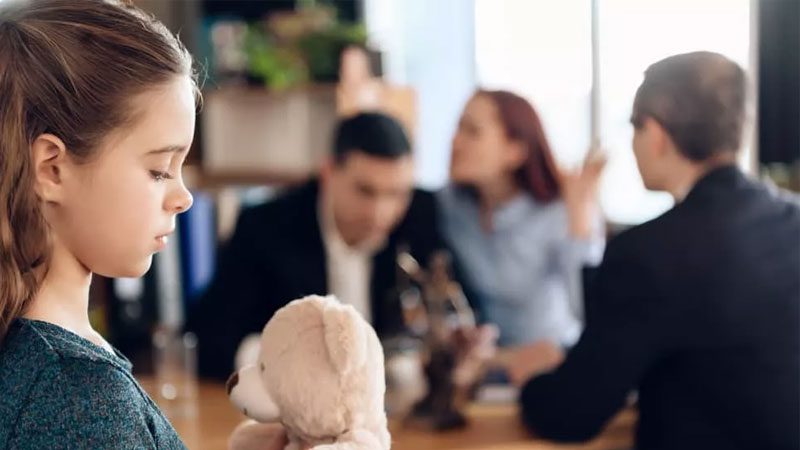 Child custody has several forms, sole custody and joint custody. Sole custody means one parent gets physical as well as legal custody. Joint custody is another type of child custody, where both parents get the right to have a share in making decisions for the child. There is also a type of joint custody where the child gets to stay for some period of time with each of the parent. However, it is said that this can be a bit difficult for the child.

It is necessary that joint custody that both parents are co-operating with each other regarding decision making about the child. It all depends on how the divorce proceedings have been, in case of a bitter divorce and conflict; it might be better that sole custody of child is awarded to a single parent.

It is required by the state laws that whichever type of custody is awarded, it is necessary that it should be in the best interests of the child. Unlike in earlier times, when mother was taken as the correct person to raise a child, today the court looks at the fact and selects the parent who has been playing an active role in raising the child.

In cases where there are charges of abuse, especially sexual abuse hurled at one another by each parent, the court can give further instructions for investigation in case it is in doubt of these charges. Though there have been a number of cases where accusation of abuse has been used to get more money or to harm the spouseís reputation.

However, if the accusation of child abuse does not hold true in someones case, he should not be silent over the issue and should try to gain help from several organizations which provide advice, support and sometimes legal advice. One such organization is VOCAL (Victims of Child Abuse Laws).

According to the law, visitation rights and child support payments are different issues, therefore though visitation has not been allowed one is required to pay. The court, while giving the custody of the child might take a view of best interests of the child where it considers several factors.

Most times both parents agree that the mother should get custody, but times are changing across the board and men are gaining more custody recently.