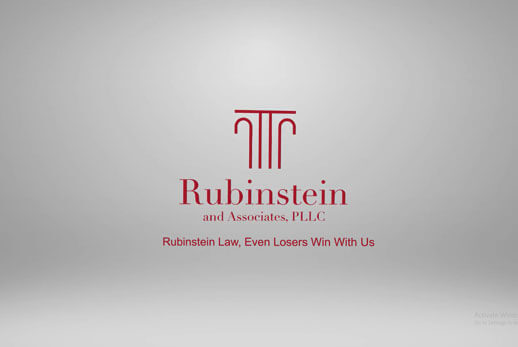 In some situations, divorcing couples cannot resolve conflict through mediation or negotiations. Such cases must be litigated. Although litigation is most costly and often the least efficient way of resolution, it is sometimes the only option.

Where there are real properties, businesses, professional practices or other tangible or intangible assets that are considered relevant to the marriage, professional evaluators are often retained, at the parties’ expense, to do the necessary appraisals or valuations. In the case of contested custody matters, forensic psychological experts may be retained, also at the parties’ expense, to evaluate the family situation with an eye to a court decision on custody, visitation and other parental matters. In contested custody cases, a law guardian may also be appointed to represent the interests of the children in the lawsuit.

Discovery is the exchange, usually after formal written requests, of financial records of all types. It can also involve some investigatory work where one party suspects that the other is not “coming clean.” Discovery also usually includes depositions, which are oral examinations under oath of each party and sometimes of third-party witnesses. In heavily litigated cases, discovery can be lengthy and costly.

All above matters, as well as other matters such as abusive behavior, contested occupancy of the marital residences, travel arrangements, and the like, can sometimes be resolved by negotiation. But often, motions are necessary. Motions are applications on papers made to the judge assigned to the case and resolved, after the filing of papers and oral argument, based on decisions issued by the judge. Such motions take much attorney’s time and can be very costly.

Once discovery and evaluations are completed, if the case is not settled, it is set for trial. Trial may take place before the judge assigned to the case or before a Special Referee to whom all or some of the contested financial issues may be assigned. Depending on the complexity of the issues, trial can take weeks or even years to complete. After trial, many judges require post-trial briefs by the parties’ attorneys in which they argue why the facts proven at trial should lead to a decision in favor of their respective clients. An appeal to the Appellate Division and, in rare cases, a further appeal to the state’s highest court, the court of appeals, is also available.

In litigation, the skill, experience and effectiveness of the attorneys are of paramount importance. The attorneys representing you should possess the ability to clearly educate clients. They should have a thorough knowledge of the law and of procedure and evidence. They should have the ability to unravel complex financial issues. And they should be able to authoritatively and convincingly to present your case to the court.

First, we understand, then we win

A high-net-worth today is a divorce involving multi-million dollars in net liquid assets. The Rubinstein Law Firm is your place for such divorce cases. Such divorces usually entail distinctive hurdles primarily related to the categorization, valuation, and distribution of the couple’s assets.

Before You Can Move Forward With Separation, You Must Meet The State’s Residency Requirements. Below Is The Primary Process:

The Rubinstein Law Firm acts as aggressive and creative advocates to carry our adeptness as well as our care for our clients enduring such financial and familial pressure during a highly upsetting time. We settle for nothing less than A+ results. We will give you the personalized attention you deserve.

We examine the many challenging issues in high asset divorce proceedings, including:

We pursue property settlements when practical through negotiation or alternative dispute resolution to mitigate the financial and emotional toll of courtroom processes. No matter what, we relentlessly advocate for our client’s interests at trial and appeal.

For results-oriented representation in high net worth divorce or matrimonial law proceedings, call 516-268-7077 or e-mail us at jr@rubesq.com to schedule an exploratory consultation with an attorney.

The legal process for same-sex marriage is similar as applied to valuation and distribution of marital assets. However, as judges have seen less of this process as a newer adaptation, you need an attorney who understands the court system and has much specialized experience.

Further, it is crucial to have legal counsel represent you who has a firm understanding of civil rights issues that can arise; this is often due to the law’s belated recognition of same-sex marriage, which left couples in limbo while politicians and judges disputed a question of fundamental civil rights.

Many same-sex couples collect considerable wealth before marriage, which skews the valuation and distribution of marital property, or simply confuses what is marital property. notably, absent a prenuptial agreement, if you want this done right, you’ve come to the right place.

In the event a same-sex marriage ends in divorce, there are a few key factors when determining child custody. these factors are centered around how the child entered the relationship, including: